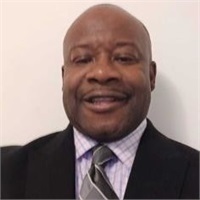 Michael is a graduate of UNC-Wilmington and holds a degree in Economics; he also attended Troy University and obtained a "Masters of Public Administration" in 1997. He considers himself to be an advocate for those who have concerns about their personal finances. Michael had an early desire to help people understand their personal benefits. His career began in the U.S. Army where he served as a Personnel Specialist at White Sands Missile Range, New Mexico.

After leaving the military, Michael had a desire to serve his community and became a police officer and still serves after 23 years. Michael has a goal to create an environment that will make people feel comfortable about discussing their finances. With more than 20 years of benefit experience he prides himself on being approachable and trustworthy. He is insurance licensed in NC.