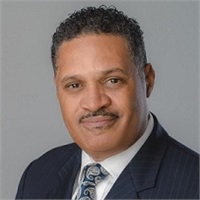 Tye cut his financial services teeth in the supplemental insurance world with AFLAC starting in 2012. He achieved all Fireball Series awards including Triple Crown Achievements which placed him in the top percentile in the company and routinely number one in his region. Then, with Transamerica Agency Network in Greensboro, North Carolina, where he developed his Financial Services skills while enjoying continued success.

Tye also served as a Police Officer and then Detective 3rd Grade (highest Level) for more than 20 years with the Hempstead Police Department Nassau County, New York. He received many accomodations, citations, and honors including a Congressional Medal of Honor for excellence in police work from Congressman Dan Frisa, 2 Bronze Stars, 2 Life Saving Awards of Valor and a host of citations and certificates. He is most proud of his service to his community and to the youth of Hempstead, NY where he himself grew up. Tye was certified by The State of NY Department of Education to teach The Gang and Drug Resistance Programs implemented by The Department of Justice, G.R.E.A.T. and D.A.R.E. grade levels 4-7 for more than 9 years. His most personal award though, is the WTC Award of Valor for Search and Rescue and then Search and Recovery Effort during 9/11, where Tye spent several days working alongside brother officers and firefighters to preserve whatever lives, that could be saved.

Tye also serves his community as a Retired Officer. Tye has been conducting career days at area Middle Schools now for over 10 years. Staying in contact with the youth of the community. Tye was also voted in as Guilford County Council of PTAs President presiding over 125 schools with 50 of them active PTA members.

Tye is insurance licensed in state of North Carolina, Florida and Maryland.